Winner of the 2016 BBC Radio 2 Young Folk Award, and 2017 Scots Trad Music Awards ‘Up and Coming’ nominee, Skye piper Brighde Chaimbeul is one of Scotland’s fastest rising stars.A native Gaelic speaker, her style is rooted in her indigenous language and culture, but draws inspiration from a variety of piping traditions such as from Cape Breton, Eastern Europe and Ireland.

Growing up in a musical family in Sleat on the Isle of Skye, she was no stranger to the sound of the pipes, and indeed the sound of music at home. Inspired by hearing the playing of Rona Lightfoot she began learning at the age of 7 with local tutor and award winning piper Niall Stewart.

Brighde met pipe makers, players and revivalists Fin and Hamish Moore in 2014 where she was introduced to the smallpipes, and since has developed a unique style which has captured audiences across the globe. Mark Radcliffe of BBC Radio 2 described her playing as “mesmerising”, and Tim Chipping of renowned music magazine, fRoots as “exceptional”. She has collaborated with many established artists over the years, most recently including Ross Ainslie, Radie Peat, Aidan O’ Rourke, Carlos Nunez, Martin Green. 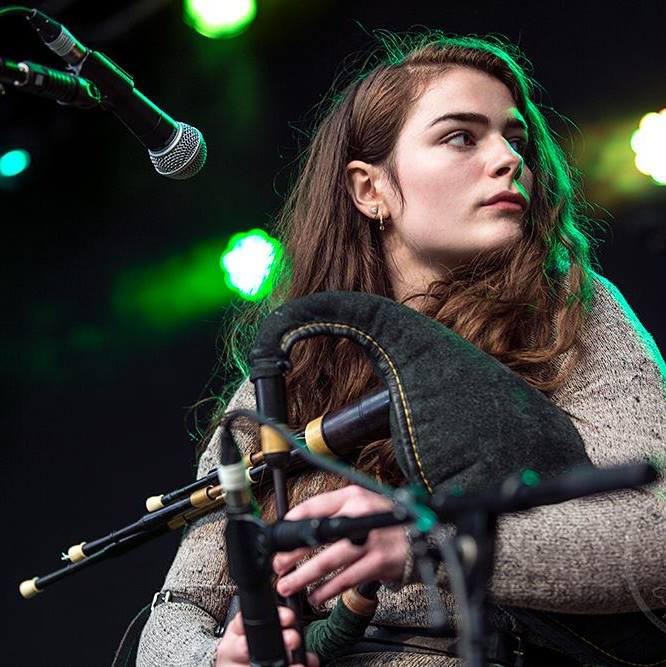