After finishing a philosophy degree specializing in Husserlian phenomenology in the mid-1990s, Angela Sawyer felt fully prepared to start making weird, horrid noises at audiences around Massachusetts using her mouth, some broken electronics, toys & garbage. Impromptu squealing & gargling has become her specialty, and she’s released a steady trickle of small-run lps, cds, cdrs & cassettes over the years. She changes the names of her projects to suit her every whim, but longer running ones include Preggy Peggy & the Lazy Babymakers and Duck That. Her 2014 lp release “A Short Visit To The City That Bleeds” was recorded inside a rental car parked in Baltimore, MD. Dennis Tyfus from the Ultra Eczema label called Sawyer “the best living vocal artist.” You can also read a few of the (no kidding) eighteen thousand reviews she wrote for the record store she used to own, now housed online at Perfect Sound Forever. Her writing shows up on liner notes here and there too. Dan Melchior called her "the best music writer in 'murica." Finally, these days, you can catch Angela doing stand up comedy all over New England. She runs a weekly open mic, holds a storytelling show in her living room, runs a few additional monthly and irregular nights, and generally makes your google calendar look like it fell over and died. If you haven't heard her, it's because she is almost never far from the emotionally stunted people of Boston. 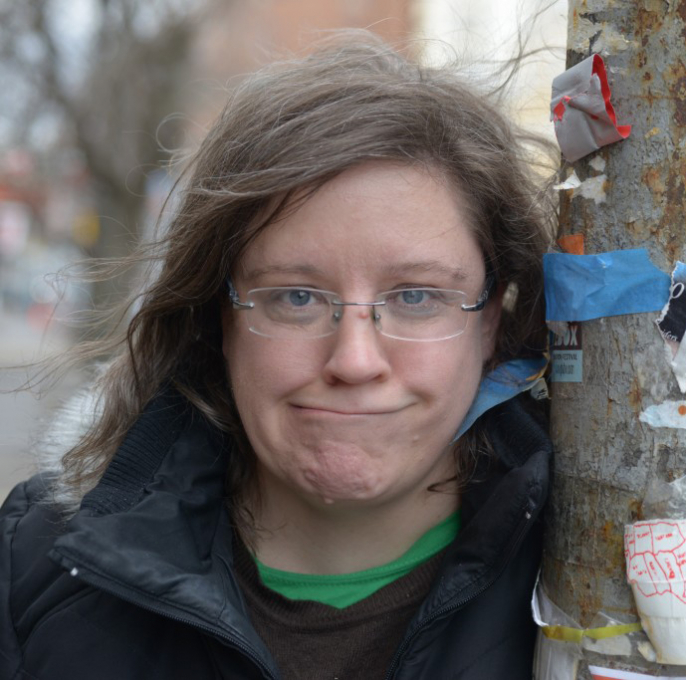