“Anahita’s music is powerful, vigorous and consists of multiple layers. As it is also vivid from the titles of her works such as Dialogues, Situations, Distorted Attitudes, and etc; she investigates and gesticulate thoughts and feelings; at the same time it is manifestation/ observation of a scene or multiple scenes, which occur simultaneously; the content of which, however, never becomes more concrete, but remains delicate at the border. She has the tendency to take us with her music on a mystical, puzzling journey and leave us within our thoughts, to find out the “ending” ourselves.” (Ernst. M. Binder)

Anahita Abbasi’s works have been performed around the world in various festivals such as: Darmstadt Ferienkurse, Ircam (Manifeste Academy), Matrix (Experimental studio des SWR), Impuls festival, Time of music, Atlas festival and many others. In 2014, she received the work-scholarship from Experimentalstudio des SWR in Freiburg. A recipient of a 2015 Morton Gold ASCAP young composers award, Ms. Abbasi was also nominated in 2017 as the “women composers of our time” alongside Kaija Saariaho and Isabel Mundry. She is one of the founders of Schallfeld Ensemble in Graz, Austria.

Anahita Abbasi (b. 1985, Iran) graduated from the University of music and performing Arts Graz, Austria; where she studied music theory with Clemens Gadenstätter & composition with Beat Furrer and Pierluigi Billone; while working closely with Georges Aperghis, Franck Bedrossian and Philippe Leroux. Anahita is currently residing in San Diego and pursuing her Ph.D. in Composition with Rand Steiger at the University of California San Diego. 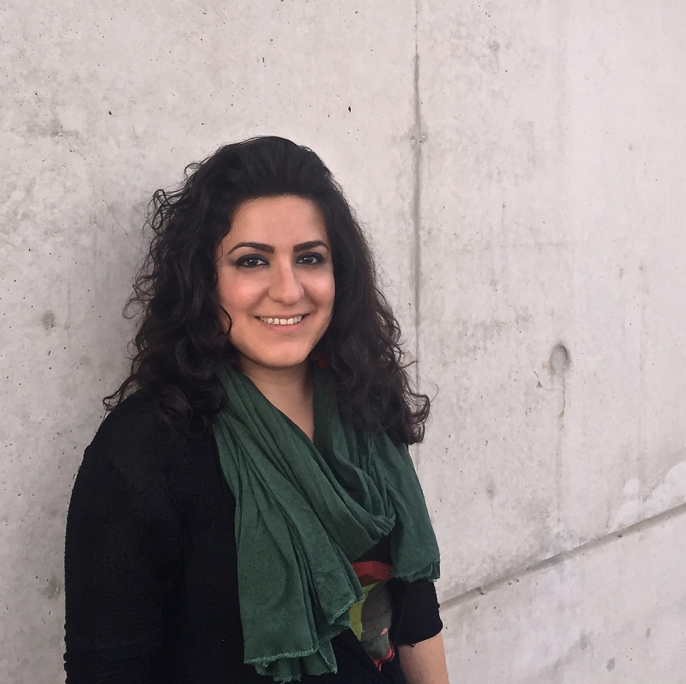