Lucie Vítková is a composer, improviser and performer (accordion, hichiriki, synthesizer, voice and tap dance) from the Czech Republic. During her studies of composition at Janáček Academy of Music and Performing Arts in Brno (CZ), she has been a visiting scholar at Royal Conservatory in The Hague (NL), California Institute of the Arts in Valencia (USA), Universität der Künste in Berlin (D), Columbia University in New York (USA) and lately at the New York University. Her compositions focus on sonification (compositions based on abstract models derived from physical objects), while in her improvisation practice she explores characteristics of discrete spaces through the interaction between sound and movement. In her recent work, she is interested in the social-political aspects of music in relation to everyday life and in reusing trash to build sonic costumes. She has been nominated on 2017 Herb Alpert Awards in Arts in category of Music, was commissioned by the Roulette Intermedium in 2017 and has become a Roulette resident artist in 2018. She has put together two ensembles – NYC Constellation Ensemble (focused on music behavior) and OPERA Ensemble (for singing instrumentalists). During the 2017 Mentor/Protégé Residency in Tokyo (JP), she studied hichiriki with Hitomi Nakamura and has been a member of the Columbia University Gagaku Ensemble. As an accordion player, she collaborated with New York based TAK Ensemble, S.E.M. ensemble, String Noise, Du.0, Argento Ensemble, CU Raaga, Ghost Ensemble and Wet Ink. 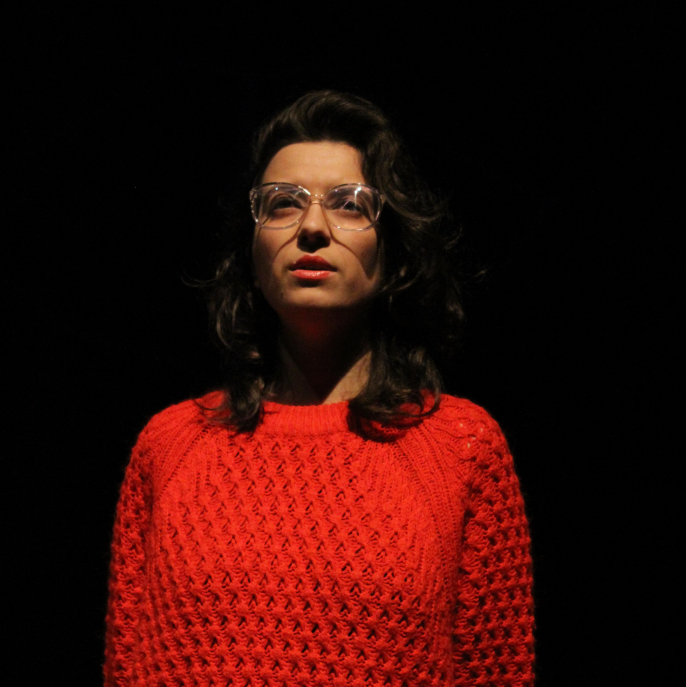